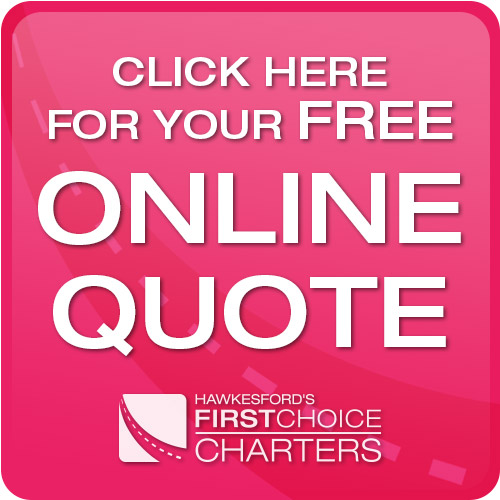 First Choice Charters, whilst a new name in Sydney Bus and Coach Charter, has a wealth of experience in the marketplace having Its origins that date back to the mid 1970s. Jim Hawkesford, our Chief Operating Officer, has held senior sales, marketing, operational and management positions with several leading Australian operators including Grenda’s, Blue Line Tours, AAT Kings, Clipper Tours and Gray Line Australia. In 1985, Jim with business partner Don Nugent (dec’d) (former owner of Australian Rambler Coaches Melbourne) purchased the Clipper business from the Deane Family. Clipper grew to become one of Sydney’s largest and most respected Coach Companies and traded successfully under Jim’s leadership through until 1997. Jim left the Clipper operation after 19 years at the helm to set up his own business under the Hawkesford’s Luxury Coaches banner. A company he owned and controlled with the Hawkesford Family for a period of over 14 years. Five coaches grew to 90 with revenues surpassing $10m pa, until September 2011. The Global Financial Crisis placed great strain on many world-wide and Australian Tourism and Transport businesses. Hawkesford’s Inbound, Corporate, Conference and Convention Charter Markets were no exception and the company was forced into Administration and Receivership in September 2011.

Jim’s passion, dedication, hard work, persistence and will-to-survive and his ability to provide quality, personalised services to the Group Touring market saw him once again, in February 2016 heading up with the family once again First Choice Charters, a new name, a new destiny but with the same strong principals and quality of services that he has been known for during his 40-year career path. The lessons learned had became the blue print and the cornerstone of the FCC Business Plan. “Keeping The Dream Alive”.

First Choice Charters now offers a full range of affordable Charter Hire Services that include, Modern Buses, Luxury and Standard Coaches, Deluxe Mini Coaches and Sydney Harbour Charter Boats, and has one of Sydney’s largest range of sizes to suit every transport requirement. Service Excellence and Value for Money is paramount in the DNA of First Choice Charters. State of the Art Booking Software, On-board Radio Communication and Satellite Tracking keeps the fleet contactable and accountable 24 hours a day- 7 days a week. And you get to talk to real people day or night when you need urgent assistance.

So put us to the test when you next need to hire vehicles for any occasion, large or small AND discover the First Choice Charters difference!

Sydney’s Best Choice and widest range of vehicle sizes from big to small and everywhere in between. You can be assured that you will be offered Premium Service from Sydney’s leading Bus and Coach specialists.